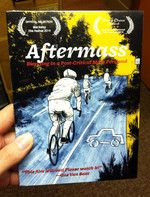 Downtown On the Go will kick-off the Year of the Bike at The Grand Cinema at 6:30 p.m. on Thursday, Feb. 12, with a free screening of AfterMass: Bicycling in a Post-Critical Mass Portland, a documentary by Joe Biel, Jeff Hayes, Alice Isley and Rev Phil Sano.

The world looks to Portland, Oregon as an example of how bicycle culture can blossom out of the ruinous freeways of car-oriented civilization. Aftermass is the first feature documentary to explore the events, people, politics, and social changes that led to Portland becoming the first major bicycle city in the United States.

Aftermass features many of the leaders and major participants behind the growth of bicycling ridership since 1971. The narrative demonstrates the complex dynamic throughout the 1990s between advocacy organizations, politicians, city planners, and the then new, grassroots Critical Mass ride. The film is full of smiling faces on two wheels, but also explores the controversies, setbacks, and bumps along the way, including riots, political roadblocks, and an illegal police spy.

The film provides new and vital insights into Portland’s transportation history as well as into paths other cities can follow to healthy planning and a green future.

Join us afterwards for a community discussion led by Joe Biel, director/co-producer of the film, and Elly Blue, author of Bikenomics: How Bicycling Can Save The Economy.

Tickets are available at The Grand Cinema box office on the day of the event on a first-come, first-served basis. Film run time is 74 minutes. RSVP on our Facebook page if you’re planning to attend.

Many thanks to the Tacoma Wheelmen’s Bicycle Club for sponsoring this event in memory of Anne Seago, an avid cyclist and a dear friend to many in our biking community.

Aftermass: Bicycling in a Post-Critical Mass Portland from Microcosm Publishing on Vimeo. 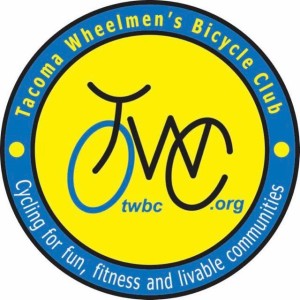 This entry was posted in news-events and tagged bicycling, film, Year of the Bike. Bookmark the permalink.